Sensei Khosro Hafez Taghva, is an Iranian Karate Master, who began to be fascinated by Marshal Arts when he was a child, and then, he arrived in Italy to continue Karate shotokan studies in the JKA World Federation, becoming instructor, after some years’ activity.

He then entered the SKI World Federation and continued training under several Japanese masters and then became the technical director of the Region of Lazio, and remained in this federation until he reached 5th Dan.

With great passion and mental and physical commitment, he conscientiously continued coaching his students to be instructors and reaching a high level of technical and competitive activity in Karate, and entered in JSKA World Federation directed by Abe.K. Sensei.

In this Federation he won gold medals in the world championships in Master category, and also his instructors and students for very many years now, have ranked among the best, and have kept the Italian flag flaying high in European and World championships. He is presently 8th Dan and is the chief instructor of JSKA - Italy. 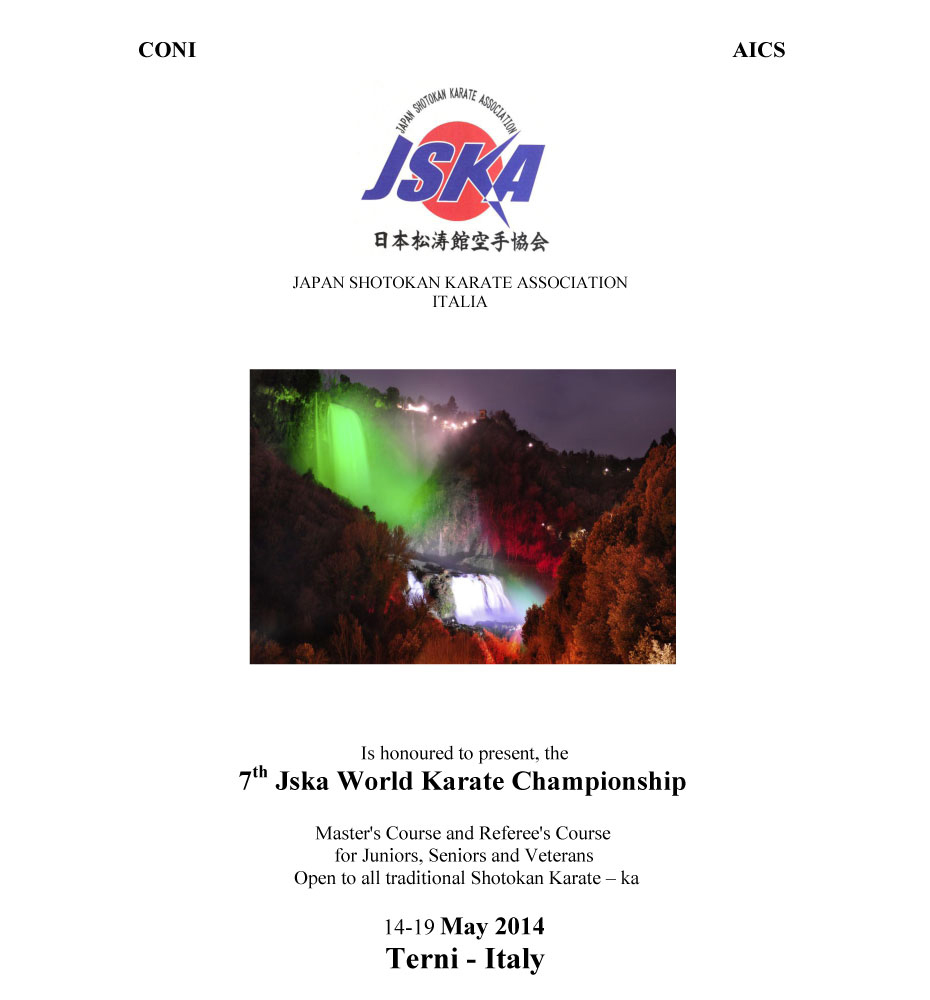